Sport can change the world

“Sport has the power to change the world. It has the power to inspire, it has the power to unite people in a way that little else does. It speaks to youth in a language they understand. Sport can create hope, where once there was only despair. It is more powerful than governments in breaking down racial barriers. It laughs in the face of all types of discrimination.” – Nelson Mandela

Inspired by increasing commentary and updates on preparation for the Olympic Games Tokyo and the UEFA Euro 2020, we explore some of the greatest sporting achievements that have provided lasting positive impact

Usain Bolt achieved the ‘triple-triple’, being the first man to win gold medals at three consecutive Olympic Games in 100m, 200m, and 4x100m relay events in Beijing 2008, London 2012 and Rio 2016. However, he will of course remain famous as the world’s fastest human being, having run 100m in an astonishing 9.58 seconds.

Leicester City’s Premier League win in 2016 was remarkable for many reasons. They started the season as favourites for relegation with odds of 5000-1 to win the league - to put that into perspective, at the same time bookmakers were offering odds of 2000/1 for Elvis Presley to be found alive and well! Added to that, just 7 years previously they were languishing in the 3rd tier of English football. It truly was a fairy-tale come true for Leicester City and one that gives hope to every sporting team - anything is possible!

​Red Rum was a champion thoroughbred steeplechaser, most famous for his incredible 3 Grand National triumphs in 1973, 1974 & 1977 and coming 2nd in the intervening years, 1975 & 1976. The most remarkable of the Grand National wins was his first, coming from 15 lengths down at the last fence to pip ‘Crisp’, the Australian chaser at the line. Red Rum now rests at the finish line of the great Aintree course, his death making front page headline news. Amazingly, Red Rum never fell in 100 races.

“I’ve had it. If anyone sees me near a boat, they can shoot me” were the famous words of Sir Steve Redgrave after his 4th Olympic title in Atlanta in 1996. He later went on to win another title in Sydney in 2000 to become to most successful male rower of all time. An incredible achievement made even more so knowing he was diagnosed with ulcerative colitis in 1992 and in 1997 he was diagnosed with diabetes mellitus type 2.

On 25th March 2005, Sport England, at last, recognised darts as a sport – news that was well received by the two darts governing bodies, the BDO and the PDC. The same year, Phil “The Power” Taylor won his 12th World Championship and would later go on to win a further 4 titles. Taylor dominated the world of darts for two decades winning over 214 professional tournaments and certainly helped put darts on the sporting map.

Steffi Graf was ranked world No. 1 by the Women's Tennis Association (WTA) for a record 377 total weeks - the longest period any player (male or female) has held the number one ranking since rankings were recognised. Graf is hailed by some as the greatest female athlete of all time. Famously proposed to by a fan whilst playing she responded, “how much money do you have?”

In the Premier League season 2003/2004, Arsenal become the first team to go through an entire 38 game season without being beaten, a feat not matched since. Arsenal’s record-breaking run saw them amass a total of 49 games unbeaten and given the nickname ‘the invincibles’. Arsenal’s manager at the time was Arsène Wenger. As a parting gift on 6th May, 2018, he was presented with a unique gold trophy commissioned by the Premier League to celebrate the achievement.

On Sunday 8th May, Sir Lewis Hamilton started on pole position for the 100th time in Formula 1, a record that stands out with the great Michael Schumacher next on 68. Hamilton also holds the record for the most GP wins (98), most podium finishes (169) and currently holds the record for most F1 championships (7) alongside Schumacher. It won’t be long before more records are broken.

Tiger Woods is widely regarded as the most successful golfer of all time despite not (yet) surpassing the record held by Jack Nicklaus for the most majors (18). Woods has achieved 116 tournament wins with 15 major championship titles. With his second Masters victory in 2001, Woods became the first golfer ever to hold all four professional major championships at the same time. Woods is perhaps most famous for his incredible ability to pull off seemingly impossible shots, made possible by his intense training regime, shaped by his late father, Earl Woods.

We close off this list with the perfect Nadia Comaneci and the amazing Michael Phelps. Comaneci was the first gymnast to be awarded a perfect score of 10.0 at the Olympic Games in 1976 – at the age of 14! She went on to receive 6 further perfect scores and 3 gold medals at the same games. Phelps is the most decorated Olympian of all time with 22 Olympic medals. At the Beijing games in 2008, Phelps won 8 gold medals, setting 7 worlds records in the process, a truly amazing feat. 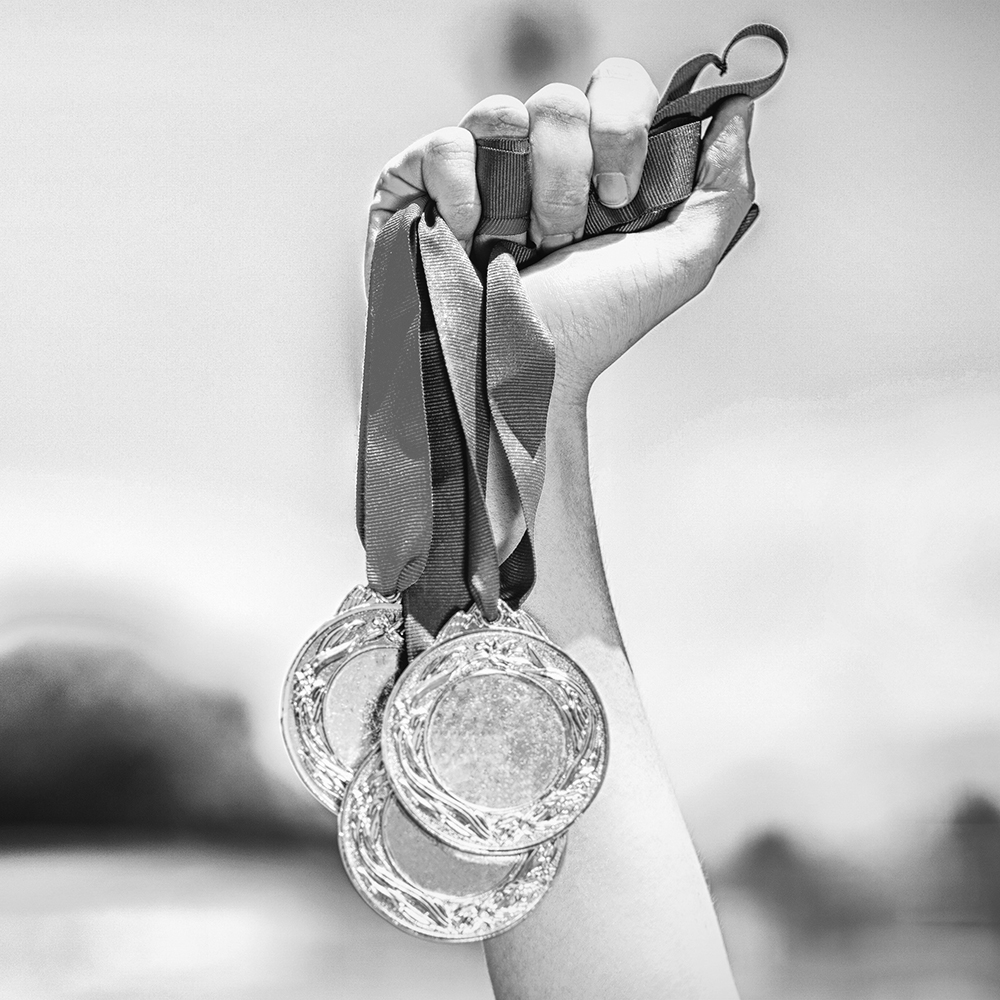