Despite some very recent furore regarding “big investment” in sport, there is much to be celebrated about the benefits that major investment can bring. State of the art, digitally equipped, world class sports stadiums around the globe have created much fanfare and publicity among fans, players, pundits and the investment community alike, with the common thread being the nature and scale of benefits brought to fans, athletes and local communities – as well as the club owners. In this article, we celebrate the lasting positive impact delivered to local communities as a result of these new stadiums being built on their doorstep.

Most stadium builds attract major commercial investment. Whilst this investment brings obvious economic benefits, there is always a risk that it is at the expenses of affordable social housing for the local community. Thankfully, this does not appear to be the case for the vast majority of new stadiums. In Spain, the Wanda Metropolitano Stadium, home to Atletico Madrid and host of the 2019 UEFA Champions League Final, has catalysed the development of ~132k m2 of housing, with 10% reserved for social housing. These plans will help the local community enjoy the wider social and economic benefits afforded by the new stadium.

Building public use space in crowded cities is always tricky and even more so when building a new sports stadium. India’s Narendra Modi Stadium, in Ahmedabad, is the largest cricket stadium in the world with a massive 110k capacity. This vast stadium is open to the public during non-match days and has become an important recreational hub for the local community, who use it for recreation and as an event space for local schools. The stadium has become a unique resource for quality open space in a country where urban encroachment is increasing every day.

Tottenham Hotspur Football Club (“Spurs”) resides in the London Borough of Haringey, one of London’s most deprived boroughs. As part of Spurs’ commitment to the local community during the construction of its new stadium, the club demonstrated its desire to improve secondary education. Specifically, this included the construction of a new selective sixth form college: London Academy of Excellence Tottenham (LAET). LAET is an academically selective, state funded, sixth form for 16-19-year-olds. Since opening, over half the pupils have gained places at a top university, including Oxford and Cambridge in stark contrast to 1% of all students in any Tottenham based institution before it opened. Impressively, LAET has been named The Sunday Times Sixth Form College of the Year.

Everton Football Club’s proposed new stadium will be in Bramley-Moore Dock, a 30-minute walk from Liverpool city centre. Currently served with very poor transport links, the club has included comprehensive plans to improve public transport whilst reducing parking spaces. This considered approach will help encourage staff and supporters to utilise public transport rather than cars when making their way to the new stadium.

The London Stadium, home to the 2012 Olympic Games, is an iconic, world class sporting campus. Located in Stratford, a previously underdeveloped part of East London, the stadium investment has catalysed significant local investment, including the Westfield Stratford City shopping centre. This huge shopping centre was built at a reported cost of $1.45Bn and is the 4th-largest shopping centre in the UK. The centre attracted over 50m visitors in 12 months before the pandemic hit and will no doubt continue to attract shoppers from all over the UK and Europe.

The employment opportunities that arise from the development of a new stadium are not only restricted to construction jobs, but also include permanent jobs to manage the stadium plus the associated facilities and events. The Sofi stadium located in Inglewood, California and home to the LA Rams and LA Chargers is one such example, which is reportedly the most expensive stadium to be built in the US and has reportedly created upwards of 10,000 permanent jobs.

The Tottenham Hotspur football stadium has uniquely been designed to host not only English Premier League football games but NFL (“American Football”) matches too. Not only can the stadium’s grass pitch be retracted to expose a traditional NFL pitch, but the stadium also houses dedicated NFL facilities, making it a truly multi use sporting stadium. In 2019, the club signed a 10-year contract with the NFL to host at least 2 live NFL games per season, allowing UK supporters to experience the unique magic of American Football in North London.

The Japan National Stadium, host to the 2021 Summer Olympic and Paralympic Games, is aiming to be carbon neutral. The stadium design deliberately makes environmental technology very visible as part of its design, which contains solar panels attached to the roof and visible to spectators. In the words of Kengo Kuma, the project’s architect “We wanted to create something that captures the people's thoughts on the environment or the Earth at the time…..with an event as large as the Olympics this was a great opportunity to inspire society to act.”

With over 200,000 attendees per race and on average 53 per cent coming from abroad, hosting a Formula 1 race not only creates excitement but also increases tourism and opens up cities to new audiences. Mexico City, which returned to the Grand Prix circuit in 2015, experienced a 11.5% increase in hotel occupancy during the Grand Prix event. In the first decade of hosting Formula 1 races, Singapore, with a population of 5.9m, has attracted more than 450,000 international visitors, who have contributed an estimated $1.4 billion in incremental tourism receipts.

With the pandemic still upon us, the benefits of vast new stadiums built across the globe with easy and multiple access points have allowed the stadium facilities to be re-used as Covid testing and vaccination centres. In South West London, AFC Wimbledon have turned their newly built stadium at Plough Lane into a Covid testing centre, providing vital and much needed services to the local community in South West London. 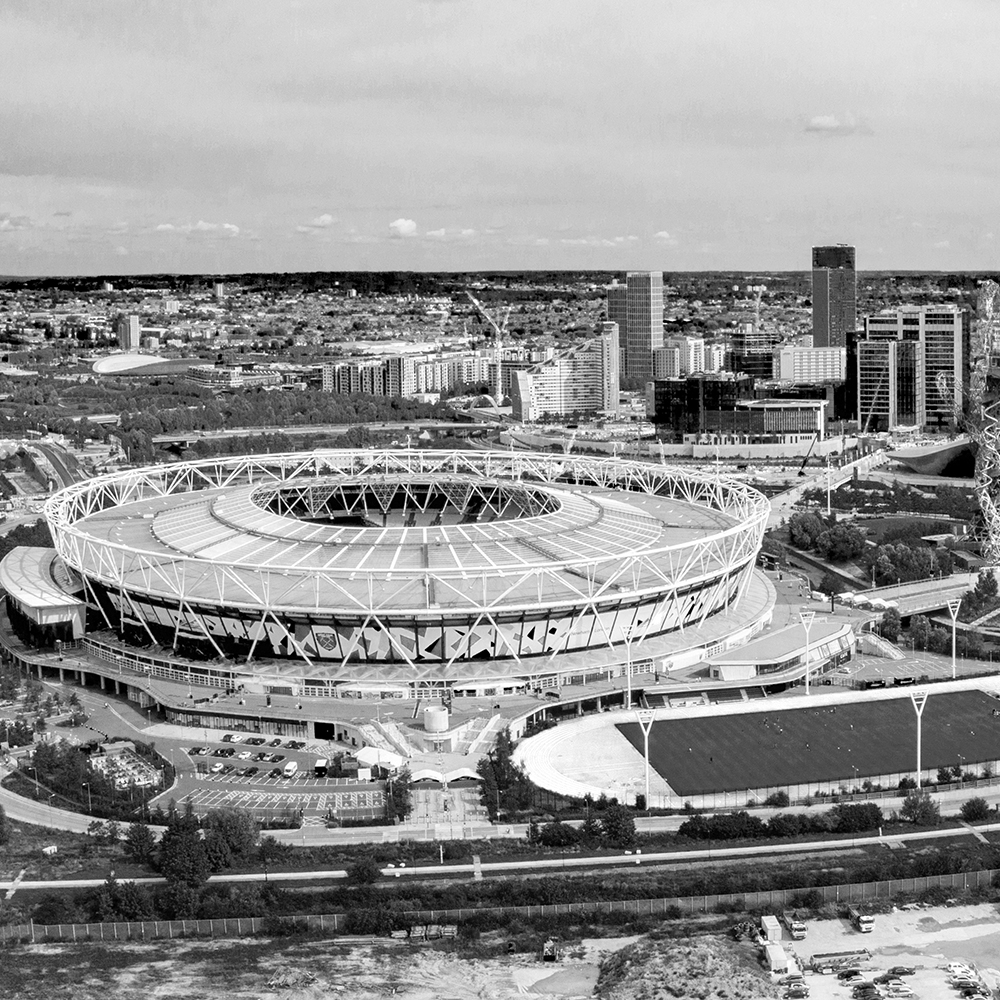